The most obvious disaster which can befall the tanker is an oil leak.  As the most common oil carried in these vessels is crude oil this can be very serious indeed.

Tankers can be classified typically into four main categories. This is based on their carrying capacity.

To benefit from economies of scale charterers will generally charter the largest possible vessel.

These are the largest tanker vessels in the world. They carry over 200,000 dwt and typically transport oil on the long haul trades such as the Gulf to western Europe. The large carrying capacity of ULCCs and VLCCs makes them attractive to traders. It is however, this large size which limits their access into some of the worlds ports. Suezmax are generally midsized tankers. They have displacement between 120,000 and 200,000 dwt. They still offer the relative economies of scale like the VLCCs. The slightly smaller size however provides increased versatility and access to a majority of the world’s ports. Suezmax tankers primarily operate in the Atlantic Basin delivering cargoes from West Africa and the North sea.

Aframax vessels are mid-size tankers with displacement between 80,000 and 120,000 metric tons. Aframax vessels typically engage in medium to short haul oil trades in nearly all operating regions and can carry cargos of 80,000 to 120,000 dwt. Widely considered to be the work horses of the fleet, their size makes them ideally suited to operate in areas of lower crude production or where draft and size restrictions prevent the use of larger vessels. 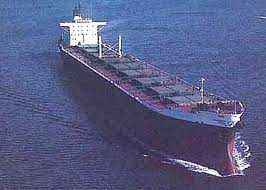 These tankers are primarily used for both the transportation of crude oil and petroleum products. Panamax tankers have displacement between 50,000 and 80,000 dwt and trade in short haul. Handysize tankers have displacement between 50,000 and 10,000 dwt. They primarily carry finished petroleum products as their smaller size makes them less economic for the transport of crude.